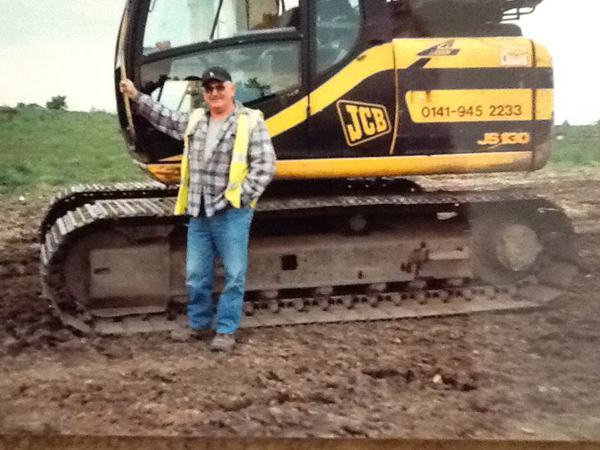 When Charlie started working it was Stewart Plant, before it was Scot JCB, but still in the same building. He has always said he got great service from both the stores and the fitters.

“Using this machinery I have had the pleasure to be involved in some of Scotland’s most important construction jobs such as, Faslane Base (Leggat and Dick Hampton), Grangemouth refinery and pipeline (Luddon), Kingston Bridge (Logan Marples)
Erskine Bridge (Peter Lind), M74 Hamilton Bypass (Dick Hampton) and local hospitals including the new Queen Elizabeth, Victoria Infirmary and Gartnavel”.

Throughout his career, Charlie has worked with several reputable construction companies, but most notably he has now worked with Luddon Construction for 25 years.

When asked about Scot JCB Charlie says “I get great service from both the stores and the fitters which enhanced my appreciation of JCB even further”.

During the 56 years of his working life, Charlie has experienced the pioneering evolution of the JCB machinery throughout the decades!

We would like to personally thank Charlie for his dedication to JCB throughout his career from everyone at Scot JCB. 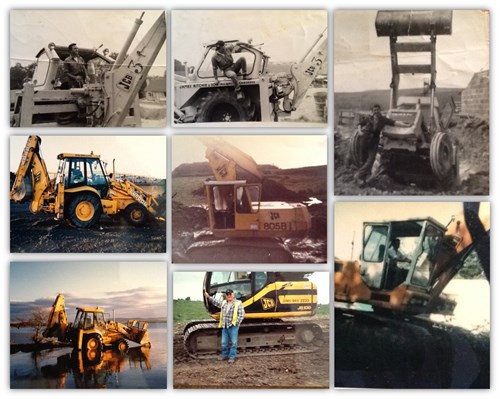