A magnificent sight of 190 tractors left Thirlestane Castle in Lauder for a tour around the Borders in glorious sunny conditions.

Although the final amount is yet to be announced it is thought the event raised about £20,000.

Doddie Weir is a ex Scotland and British Lion rugby player as well as a very popular Borders farmer who is now suffering from this incurable and horrible disease. 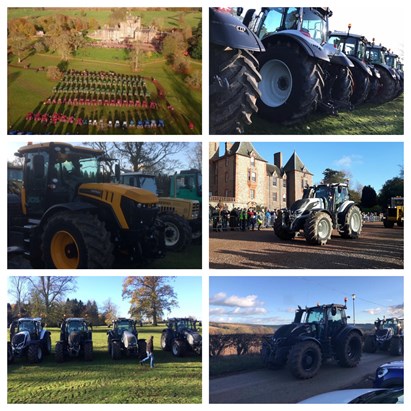 Thanks to our Agricultural Salesperson David Hamilton for the pictures.