One of the UK’s leading suppliers of construction machinery has become the latest addition to the network of Glasgow Warriors’ sponsors, after Scot JCB agreed to a deal that continues their long-standing association with the club.

Based in Glasgow, the corporation has long been a keen supporter of the Scotstoun side, having been a valued member of the Glasgow Warriors Business Club since 2014.

The 2021/22 campaign will be the first as an Official Club Sponsor for Scot JCB, with club co-captain Ryan Wilson and Jack Dempsey on hand to help celebrate the partnership.

Scot JCB operate the largest distribution network of JCBs across the UK, with 17 depots across the country; in addition to a head office in Glasgow, the company stretches from Fraserburgh in the north-east to Dumfries in the south-west of Scotland, as well as a further base in Carnforth in Lancashire.

The family-owned business will see their brand displayed on matchdays at Scotstoun and in official club magazine, Warrior, as well as bringing their wealth of industry knowledge to the Glasgow Warriors family of sponsors and partners.

Speaking at the launch, Wilson told glasgowwarriors.org: “It’s great to see a brand as iconic as Scot JCB come on board as a club sponsor.

“They’re a group who are extremely passionate about rugby in Glasgow, and I know they’ll be just as keen to get further involved with the club as they have been over the last few years.

“It’s a partnership we’re grateful to have, and I’d like to thank Scot JCB on behalf of the squad for their commitment to the club.”

Glasgow Warriors Managing Director Al Kellock added: “Scot JCB have been associated with this club for many years, so I’m delighted to see them join our family of Sponsors and Partners this season.

“Their support of the club has been incredibly valuable over the last seven years or so, and I know they share the values that we hold close to ourselves as Glasgow Warriors.

“We’re looking forward to continuing to work closely with Scot JCB in the coming seasons, and to what I know will be a strong partnership between us.”

Robin Bryant, Joint Managing Director of Scot JCB, said: “We’ve enjoyed working with the Warriors over the last seven years and we are proud to become a main sponsor.

“This is an exciting time for both Glasgow Warriors and Scot JCB Group and we are looking forward to watching them this season.” 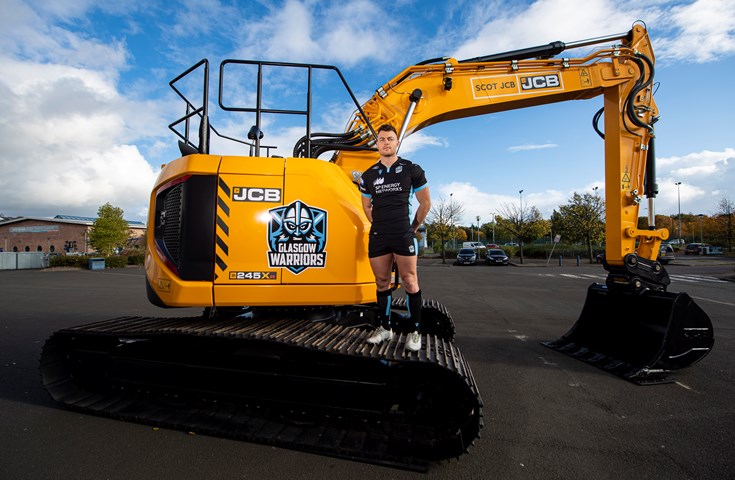